BOND is an open file text format that facilitates structured data interchange between all programming languages and all compatible applications. It is based on JSON and like JSON is syntax of braces, brackets, colons, and commas that is useful in many contexts, profiles, and applications.

The purpose is to create a universal, human and machine readable format by which neuroscience configurations, calibrations, raw data and processed data can be stored and transferred between a range of different systems and even allowing multiple systems to interface. It was originally introduced in HVS Image 2014.4 (Beryllium build) as an alternative interchange language for raw data including configurations and calibrations for use with Open Field and Elevated Plus Maze. However it does not attempt to impose any internal data representations on other programming languages or applications and so the files and the standard is universal.

BOND shares a small subset of JSON and ECMAScript’s textual representations with all other programming languages. BOND is agnostic about numbers. In any programming language, there can be a variety of number types of  various capacities and complements, fixed or floating, binary or decimal. That can make interchange between  different programming languages difficult. BOND, like JSON, instead offers only the representation of numbers that  humans use: a sequence of digits. All programming languages know how to make sense of digit sequences even if they disagree on internal representations. That is enough to allow interchange. JSON text is a sequence of Unicode code points. JSON also uses in Unicode in the hex numbers used in the \u escapement notation. Programming languages vary widely on whether they support objects, and if so, what characteristics and constraints the objects offer. The models of object systems can be wildly divergent and are continuing to evolve. JSON instead provides a simple notation for expressing collections of name/value pairs. Most programming languages will have some feature for representing such collections, which can go by names like record, struct, dict, map, hash, or object. BOND also provides support for ordered lists of values. All programming languages have some feature for representing such lists, which can go by names like array, vector, or list. Because objects and arrays can nest, trees and other complex data structures can be represented. By accepting BOND’s simple
convention, complex data structures can be easily interchanged between incompatible applications written in different programming languages.

The BOND standard strictly adheres to the JSON text format, but imposes restrictions on various encoding details. Such standards may require specific behaviors. Because it is based on JSON and is so simple, it is not expected that, like JSON, the BOND grammar will ever change. This gives BOND, as a foundational notation, tremendous stability.

Posted by neuroscientist at 9:00 AM 3 comments:

Elevated Plus Maze and the HVS Image 2014

This week at Society for Neuroscience in San Diego sees a new step forward in elevated plus maze with the launch of HVS Image 2014 and its Elevated Plus Maze modules. As well as the new start of the art fully guided quick set-up and easy calibration, it aims at overcoming some of the ongoing criticisms of EPM  in assessing  'risk assessment' defensive behaviors in rodents and their resemblance to of the behavioral/somatic symptoms of generalized anxiety in humans by focusing on finding the best indicator variables in your analysis. These include internal support for  statistical and methodological procedures to allow compensation for one-trial tolerance (OTT)
Posted by Mark at 3:00 AM 3 comments:

What sort of USB cable will work with the HVS Image 2013 Video Trackers?

If the HVS Image system works with your LifeCam but not with an extension lead then its never the HVS Image Software, its always your current extension lead that's the problem. You can prove this for yourself by just using Microsoft's LifeCam software with the camera without the HVS software, If you've bought a turnkey system on a Sony Vaio from HVS Image then it will probably come with a Nikkai 5 meter cable, but in their own development labs HVS Image use these 10 meter USB 2.0 cables. These have great performance and work very well with the Microsoft LifeCams. 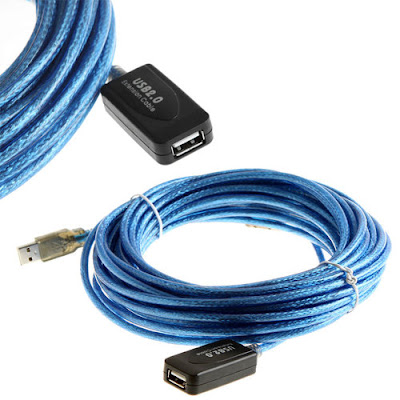 If you need to extend further these go up to 30M but have not been tested in the labs.

How to run Elevated Plus Maze Experiments

How to run Elevated Plus Maze Experiments

If you are using an automated system like HVS Image 2013 you won't need to fill out data sheets, but you should have a Master Experiment Planning File MEPF) with subject number of animal, date, coded condition and experimenter's name set up on the system.

Make sure maze is cleaned and dried before use and that video-tracking system is ready to be used to remove olfactory cues. The open arm is set up vertically in the camera's field of view, the closed or walled arm is horizontal.

Mount the camera firmly in place using a small C-clamp or hot melt glue. (This is for 2013 LifeCam style cameras. If you are using a 2100 or 2020 style system you will have a ceiling mounted photographic camera mount). Use an active USB 2.0 lead if necessary to reach the PC. Clip the cable out of the field of view with cable ties (otherwise if it flaps into view it will get tracked). Calibrate the system using the maze in exactly the position that it will be in when you run the experiment. Set up tracking with exactly the lighting that you will use when running the experiments. Take care to avoid shadows or glare in the tracking area.

Use an individual temporary transport cage to transport the rat or mouse into the behavioral testing room.

Now GENTLY and carefully take the animal out of its transport cage and place at the junction of the open and closed arms, facing upwards in the camera's field of view i.e. pointing along the the open arm opposite to where the experimenter is standing. Always handle your animals consistently and gently to ensure reliable consistent behavior, and place each animal in the elevated plus maze in the same position each time to get consistent, reliable data. Stress will change your animal's behavior[1,2] and ruin your results.


Video of the Elevated Plus Maze in use with a Rat

Posted by neuroscientist at 6:13 AM No comments:

HVS Image are releasing a full set of Open Source 3D Printable Models of standard lab hardware including Elevated Plus Maze to all of their users through the HVS Image Darwin Group. The idea is that instead of buying expensive, proprietary mazes users will be able to use the 3D .stl designs to get their mazes printed. Currently printers produce components that are a bit small and will need attaching together (HVS have information on that using some current research at Princeton) but bigger commercial printers mitigate the problem substantially. HVS Image say, "this isn't really about *FREE* as in free beer (although the files *are* free to HVS Users. Its about freedom to recreate the exact set-up in other labs, or to modify your maze in exactly the way you want using the .blend files that we provide. These can be edited using the free open source Blender program and then share your designs back to other scientists who can then run their studies using the same designs. It's all experimental at present, but we think it represents a big move forward away from proprietary lab equipment".

HVS Image have already been using 1:12 scale printed models of the mazes to carry out lab set-up planning and lighting planning.
Posted by neuroscientist at 5:24 AM 1 comment:


HVS Image have announced a new tracking and analysis module for Elevated Plus Maze as part of the HVS Image 2013. Like the previous HVS Image 2020,2100 and 2012 systems, the 2013 has full backwards compatibility so you will be able to capture and analyze more data yet retain your experiments and user training, but now it's a software package that you can use a generic web cam with  on a standard off the shelf laptop. This keeps performance and ease of use high with the costs kept right down, lower in fact than any of the rival systems.

The HVS Image Plus Maze Module has powerful context sensitive help that allows inexperienced users to be up and running in minutes rather than days. It shares a simplified UI (user interface) with the other new HVS Image 2013 software which also supports Morris Water Maze, T-Maze, Y-Maze, Radial arm and Open Field. We'll post new pictures of the system here as we get them.
Posted by neuroscientist at 11:31 AM 13 comments:


This is the Elevated Plus Maze Mashup! A mashup is where a digital media file containing any or all of text, graphics, audio, video, and animation is recombined and modified to create a derivative work. The original is reproduced with permission from "The Water Maze" with permission from HVS Image Software Ltd. You can reproduce or reuse without permission for non-commercial purposes as long as you link back to this page both with the graphic and with a text link. If you want to see more of these or more originals make sure that you comment here and suggest captions and link back from your own blog or site!
Posted by neuroscientist at 11:37 AM 3 comments: