Behaviors in Elevated Plus Mazes

We'd noted that Rats and Mice are observed to behave quite differently when put in the same elevated plus maze. Our rodent guru tells us that while superficially similar norway rats and lab mice, Rattus rattus, and Mus musculus are not even generically similar. Even at quite a coarse scale, norway rats have 22 chromosome pairs, lab mice have 20 (Levan 1991) and the common ancestor is at least 8 million years ago - as far back as humans are separated from Great Apes. The Rat Genome Sequencing Consortium 2004 tells us that Norway rats have 2.75 million base pairs while mice have 2.6 million so we'd expect significant differences. 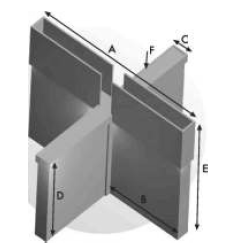 Posted by neuroscientist at 11:33 AM